THE OPENING OF THE ARENA STADIUM

The Spartak Stadium / Opening Arena (World Cup 2018) — very soon the football World Cup-2018 starts, which will be held in Russia. The stadium of the capital club “Opening Arena” is one of the most original constructions of the modern level. Location – Tushino airfield. The place is chic – an amazing natural area, which is located right on the bank of the Moskva River. For all of Spartak’s history, this is the first stadium on which such a large-scale event will be held. The non-commercial name coincides with the same-named Moscow club. The arena is a very important architectural and sports facility not only for the capital, but for the whole of Russia. This is a vivid example of a successful combination of design and functionality. In order to build such a structure, it was necessary to have 10,775 tons of various structures and concrete in the amount of 80,850 cubic meters.

When you visit the stadium you can not worry about your comfort and safety. It fully complies with all the established international requirements, which are imposed on the structures for carrying out the highest-level events. Preparations for construction began in 2010. By the end of 2012, internal work was completed and finishing was started. In 2013, the stadium was named in honor of its direct sponsor – Bank Otkrytie. According to the agreement, the transaction amount is 1 billion 208 million rubles, this name will be 6 years, i.е. until 2019. It is interesting that the organization made concessions and an emblem in the colors of the football team, although the bank’s logo consists of two colors – blue and white. The requirements of UEFA and FIFA state that at the time of the European Cup matches, the stadium can not bear the name of the sponsor, so it will be referred to as “Spartacus.”

In August 2014 the metro station “Spartak” was opened. In late August, a match took place between the veterans of the capital’s club, which gathered about 8,000 fans. 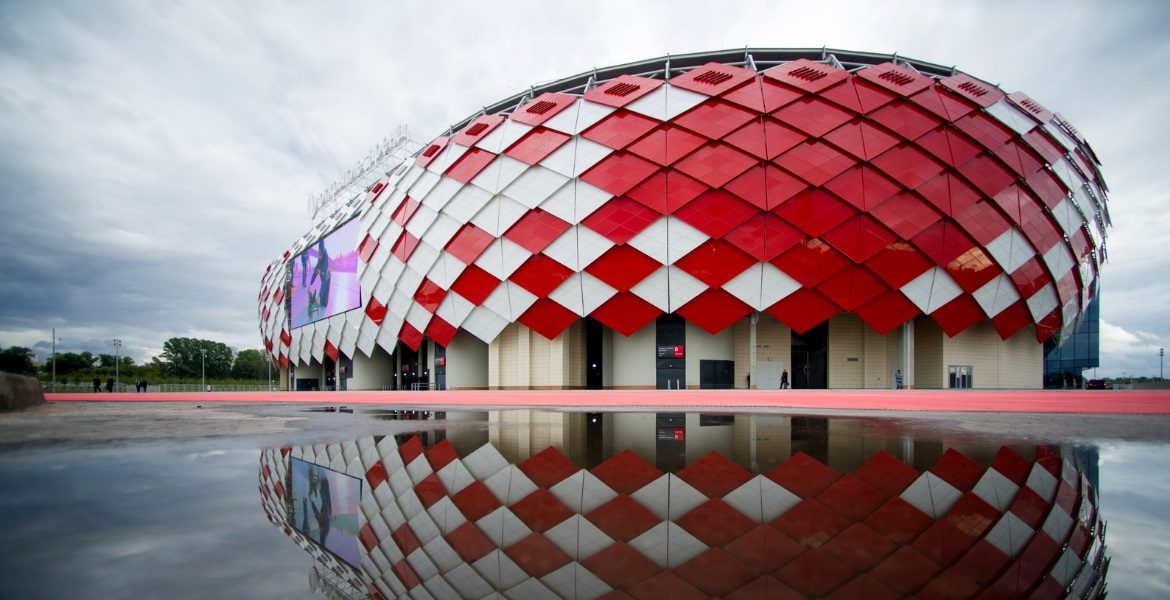 The long-awaited opening of the stadium took place on September 5, 2014. On the same day, played “Spartacus” and “Crvena Zvezda” from Serbia. The match ended in a draw, 1: 1. As for the Premier League of Russia, the first match was Spartak and Torpedo. The hosts won with a score of 3: 1. At the first official match there were more than 36 000 visitors. In October of the same year, a match was played between the Russian and Moldavian national teams, which ended in a draw 1: 1.

For all existence of the football team “Spartak” she did not have her own stadium. Recall, the date of foundation of the club – 1922. After the collapse of the USSR, the club did not have the financial capacity to build its own stadium. An unsuccessful attempt occurred in 1994. The construction of the Botanical Garden was planned, but because of numerous meetings of people, it was forbidden to build a structure on this site. The second attempt was also carried out on the territory of this region. A sufficient area of ​​land was allocated for the construction of the sports facility. It was planned to accommodate 52,000 people in the stands. The beginning of construction was in the plans for 2001. It turned out that the allocated territory is the property of VDNH. Consequently, the organization asked for an overcharged rent for the land – $ 30 million. This amount put an end to the attempt to build.

After some time, the third attempt was made. According to the plan, the stands had to accommodate 42,000 visitors. On its territory there should have been a park. Again, predictably, because of insufficient funding, the stadium for the football team “Spartak”, unfortunately, did not appear. But despite this, the faithful fans of the club did not lose hope.

Another attempt was made in 2006. The financing of the management of the club and OAO “Lukoil” was guaranteed. 2007 was marked by triumph – the first stone was laid. The active beginning was replaced by constant problems. At first, various paper red tape was slowed down. Then, there was a financial crisis due to the unstable situation around the world. Initially, it was planned to finish all works by 2010. However, only in 2009 there was a design process. In addition, for some time, the architectural council blocked the existing version of the building. And only by 2013 the situation became completely clear and the patient fans finally waited for a magnificent “home” for their beloved team. 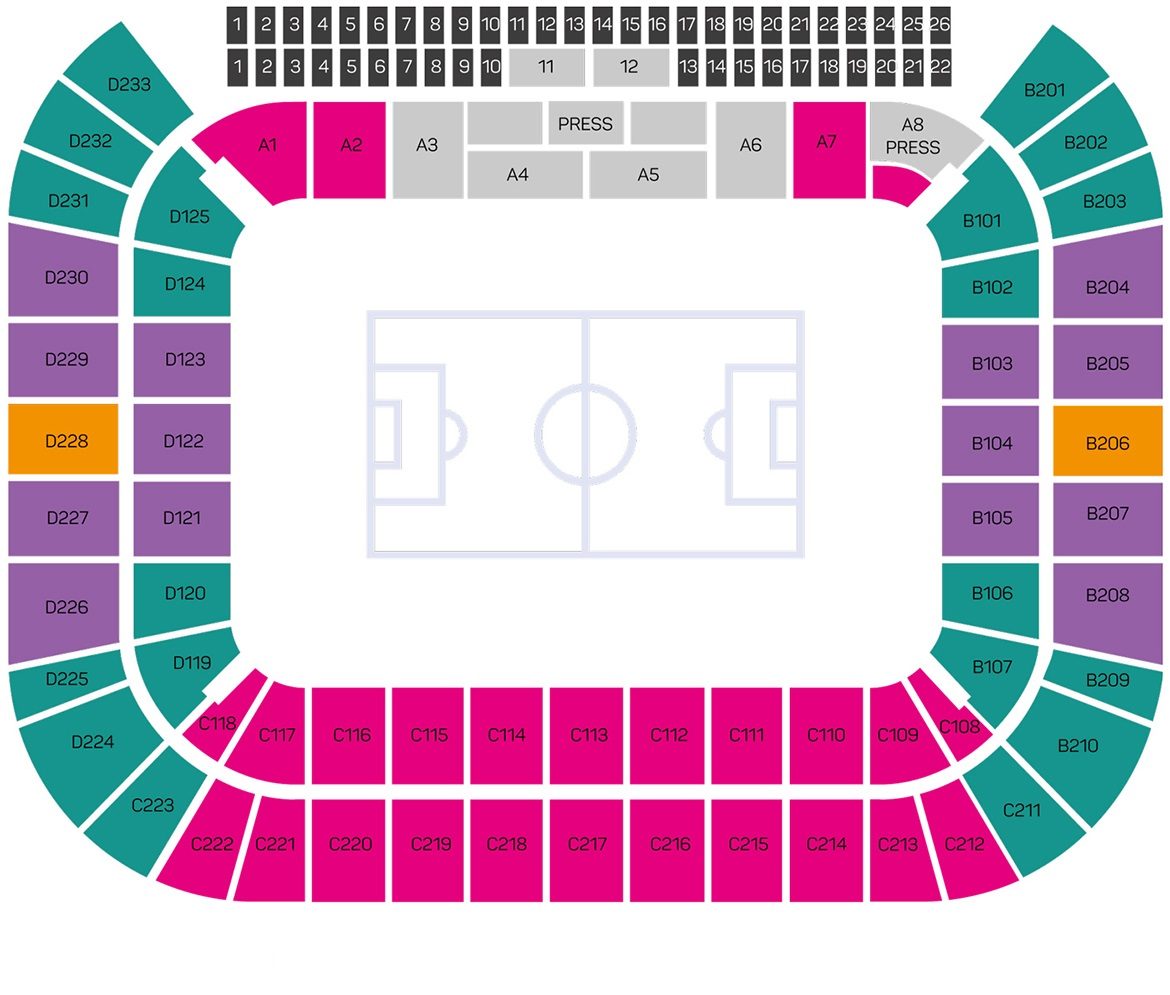 Interesting facts about the stadium

Of course, each stadium has its own unique history and some facts related to it. Let’s consider the most interesting.

Of course, absolutely every connoisseur of football wants to visit the “Opening Arena”, especially in the light of the upcoming holiday for fans.

In addition to the metro stations, the interchange for transport was cleverly created, thanks to which, the fans will easily get there. The task of this design is convenience for people and unloading Volokamskoye highway. More than that, it is planned to build a bridge for pedestrians and a river dock. Pedestrian – for a bunch of embankments, and a pier – so that tourists can visit the stadium.

You can calculate only the bank cards of the sponsor, in honor of which the stadium is named. A MasterCard card with a prepayment is a subscription to Spartak’s football games. It also serves as a pass to the stands. At the stadium there are special machines, in which you can also buy such cards.

You can get to Spartak (Opening Arena) stadium by the following ways:

Entry into the territory of the stadium is possible only on passes that are valid on the day of the match. Pass data can be one-time or seasonal. 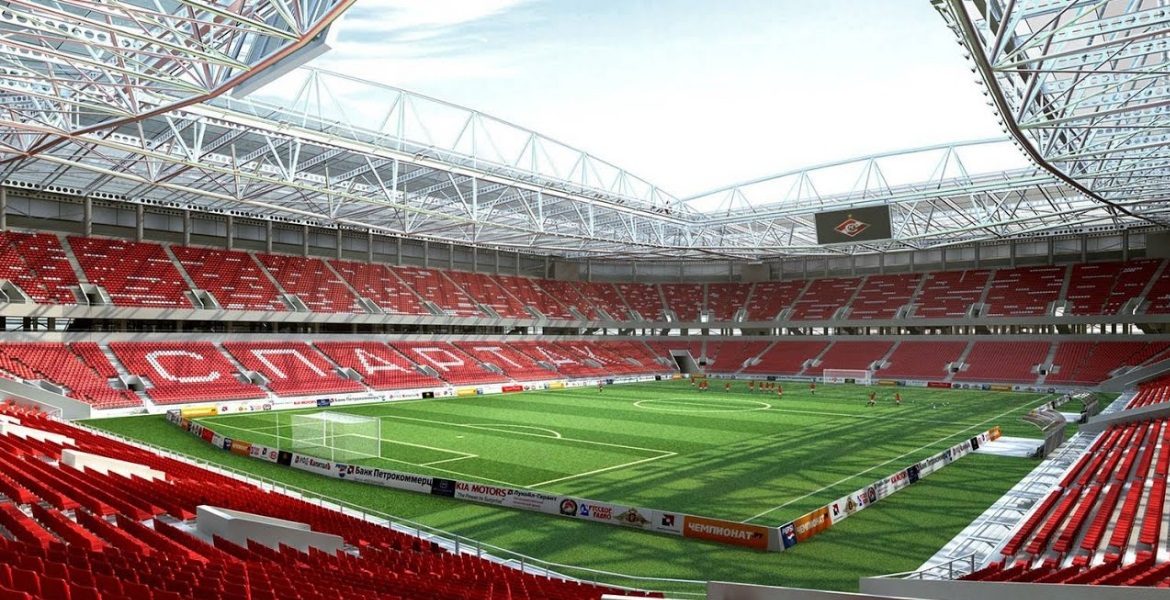 It is strictly forbidden to take with you to the stadium: 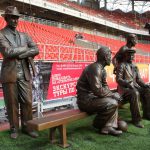 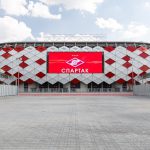 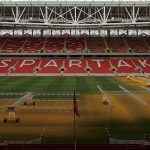 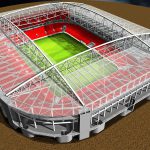 The Layout of the Stadium 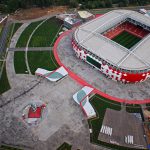 The Stadium is Preparing for the Opening 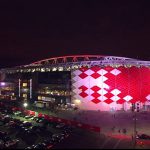 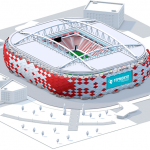 Model of the Stadium 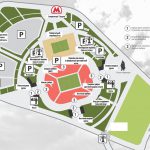 Plan Scheme of the Stadium 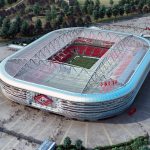 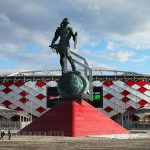 Sculpture of the Gladiator in Front of the Stadium 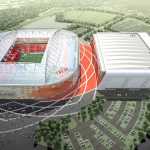 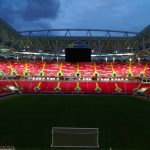