THE SAMARA ARENA STADIUM is the stadium that was built to host the 2018 World Cup football matches. There is an arena in the city of Samara. After the end of the Championship, the stadium will be the home arena of the local team “Wings of the Soviets”. The structure is two-tiered. A natural lawn is planted at the stadium. The arena is equipped with modern heating and watering systems. Therefore, the field Beth stays in excellent condition at any time of year, regardless of the weather conditions. “Samara Arena” is located in the highest point of the city. This stadium will host group matches, 1/8 and 1/4 finals. The capacity of the arena is 45,000 people. The main feature of the building is the space direction in style. Its name will change after the World Cup and will be called as “Space Arena”.

The cosmic original motif is reached, thanks to the dome above the grandstands. He covers the stadium, resembling a star. The dome has no rounding, i.e. he is straightforward. Since the city has an original history and a strong football team, Kolya’s choice as one of the arenas for the World Cup matches is not at all surprising. The project was designed by the company, which also designed the stadium in Kazan. The chosen direction is not accidental, 77% of all heavy industry of the city belongs to the aviation and space spheres. The stadium has become just a symbol of this. 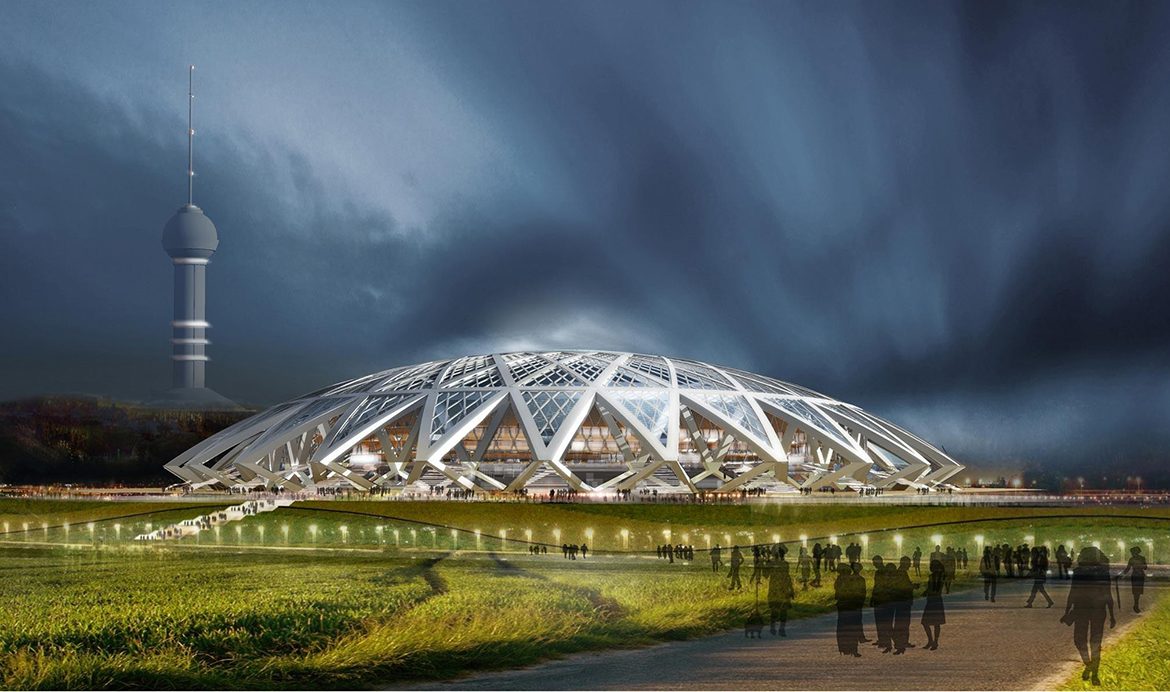 Initially, the construction of the stadium was planned on the arrow of the rivers Samara and Volga. This option was riddled with representatives of FIFA. However, this decision caused a lot of indignation among the public. Skeptics were against erecting in such a place. The arguments were convincing and logical: the unreasonably high cost of construction in the planned location, the carrying out of a huge amount in the zone of future construction, the possible threat of demolition of historic sites, possible flooding of the facility, an uncomfortable transport interchange, and too much remoteness of the station. In addition, it was necessary to re-shift all existing communications. After expressing such dissatisfaction with people, other options for the construction site of the arena began to be considered.

The constructed stadium is under consideration 15 kilometers from the station and 32 from the airport. Get to the arena is not difficult, both for the local residents, and for the guests. Security in the stadium, as in other arenas, which will host the 2018 World Cup, at the highest level. The “Samara Arena” has modern video surveillance systems installed. Also, the stadium is equipped with innovative systems for extinguishing fire and alarms to alert people about the alarm. There will be organized security in the form of 30 posts, which will work round the clock. For people who have limited opportunities, there are special spacious seats.

In 2014, the President of Russia came to Samara. He took part in the start of construction of a new stadium in the city. Other statesmen also took part in this process.

During the construction of the Samara Arena, the main task before the workers was the installation of consoles. There were 32 of them. The speed of the construction process caused some questions from representatives of FIFA. As for the future fate of the stadium, no one had any questions. In April 2018, it was announced that the construction of the arena was over. At the end of the month, a match-test was conducted between the Wings of the Soviets and the Torch.

In 2016 one of the deputies appealed with suspicion of corruption to the General Prosecutor’s Office. It was stated that allegedly provided documents that clearly did not correspond to the real state of affairs. The deputy said that the budget for the construction of the building is significantly overestimated. This was not not with one stadium. According to rumors, searches were conducted in the Ministry of Construction. However, all these rumors were refuted in the press service. Considered even the options for transferring matches from Samara to another city. But, fortunately, everything turned out and the city has an arena for the adoption of the 2018 World Cup.

We can say with confidence that such an architectural masterpiece does not exist all over the world. The stadium is ideal not only inside, but also outside. Of course, it is worth seeing from a height. It resembles a UFO so much that breathtaking looks from one look. Gives brightness to all this illumination of the “flying saucer”. The stadium looks fantastic at any time of the day and season. 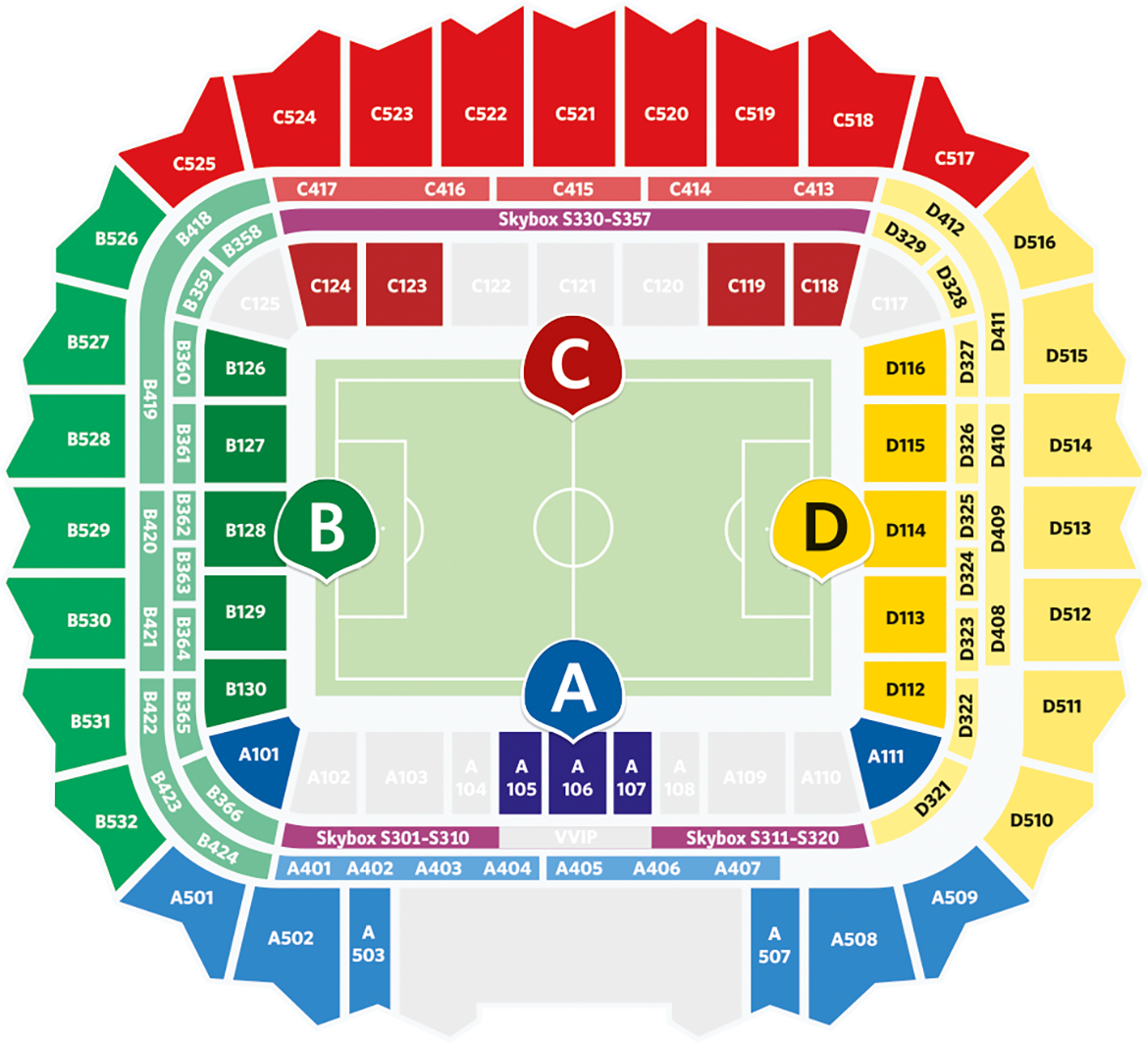 Before visiting the “Samara Arena” nothing special to do is not necessary. The main thing is the purchase of a ticket and a huge desire.

Take care of the early arrival at the stadium. Go from the nearest stop to the arena about 1.5 kilometers.

If the fans want to pay at the stadium, then you need to have bank cards with you. A MasterCard card with a prepayment is a subscription to Spartak’s football games. It also serves as a pass to the grandstands. At the stadium there are special machines, in which you can also buy such cards, which is very convenient for fans.

From the city of Yekaterinburg can be reached by airplane without a transfer. From the airport for a trip by taxi to the stadium can be 1000 rubles. Also tourists can take buses that travel from the airport. As for the railway station, it is impossible to get to the arena without transplants. First you will need to get on route 206, then by tram.

It is strictly prohibited to carry to the Samara Arena Stadium with you the following goods: 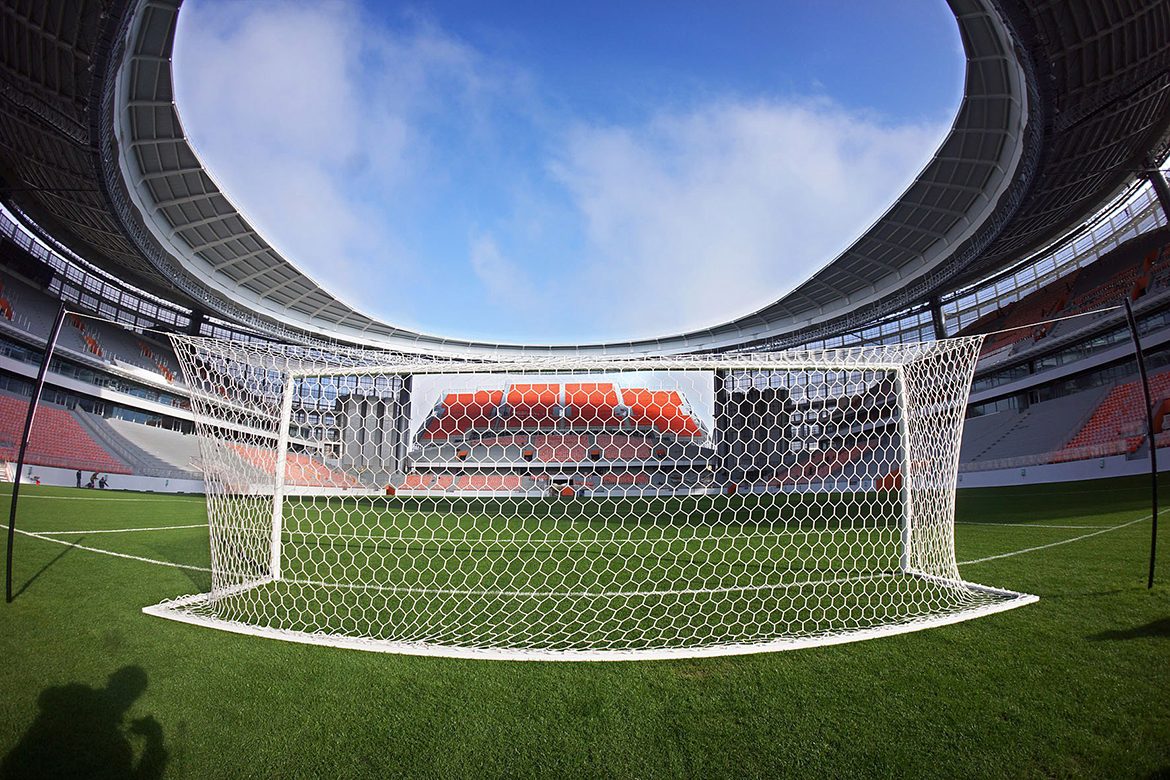 It is not allowed at the stadium to:

It should be emphasized that even if the fan does not know each point of these prohibitions, but carried to the stadium any of these objects (substances) or even similar items, he will not be admitted to the arena.

You are able to reach the Stadium by: 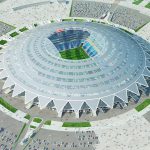 3D View of the Arena 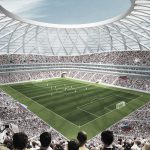 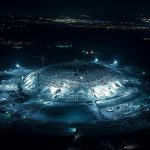 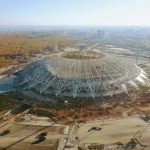 The Finish is Near 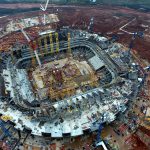 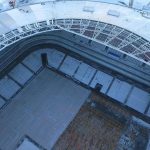 Top View of the Arena 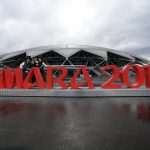 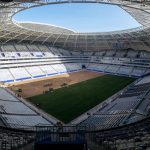 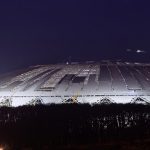 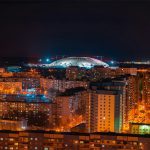 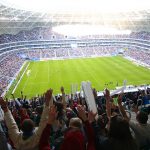 The First Match in the Arena

Video review of the arena