The KAZAN ARENA STADIUM (RUBIN PARK ARENA) — this is a unique stadium, as well as an entertainment complex, which is located in Kazan (Tatarstan). The opening of the arena was held in 2013. The capacity of the stadium is considered to be one of the largest throughout the country – more than 45,000 spectators. This stadium is a local arena for the Kazan football team “Rubin”. By its appearance, the structure is one of the most beautiful in the whole world. Here everything is highly technological, thoughtful and modern. An architect from Australia worked on the project. He also designed Fisht, a park in Luzhniki.

The city of Kazan, thanks to the appearance of such a universal architectural structure, has significantly changed. In addition, unofficially it is called the sports capital of the country. Before the famous Universiade, the infrastructure of the city was adjusted, all parks and places for rest were put in order. The Kazan club has always been one of the leaders among football clubs, not recognizing the capital’s authorities. Naturally, it is obvious that Kazan has become one of the very first cities in relation to which the question of hosting the World Cup was raised. In addition to the fact that the stadium “Kazan Arena” is one of the most beautiful, it is one of the safest in the world. Without a doubt, after the football championship, the arena will find its application. After all, there is a strong club “Ruby”, which has repeatedly won the championship of the country. 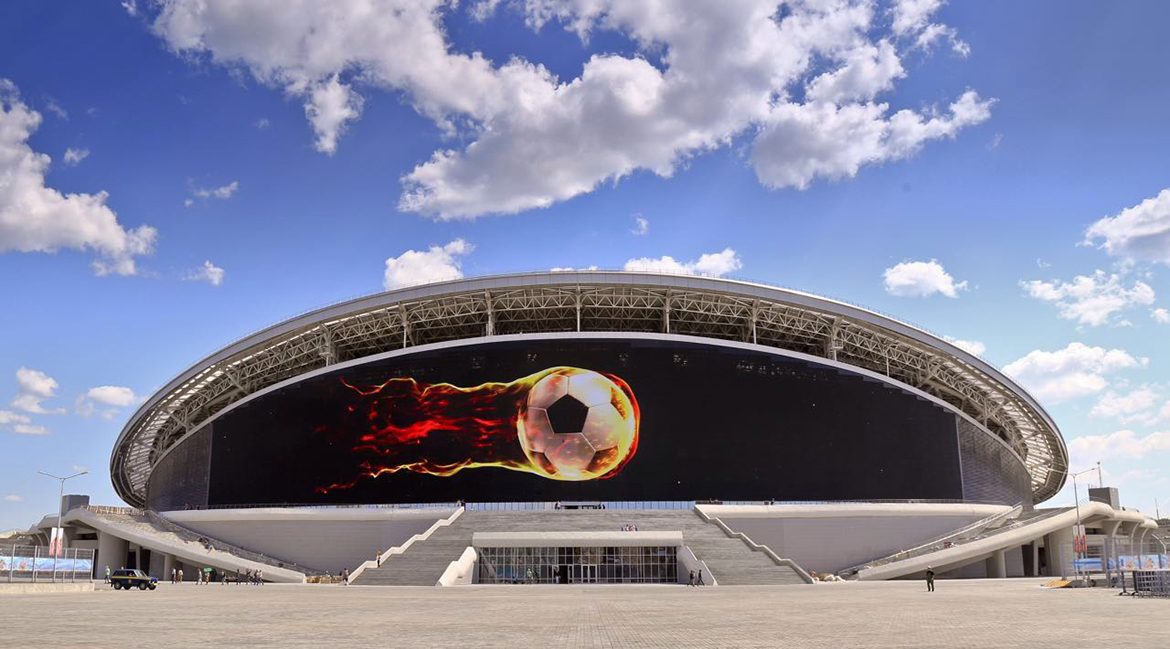 “Kazan Arena” will host the group matches of the 2018 World Cup, 1/8 and 1/4 finals.
All who visited this unique stadium in one voice say that the arena is fascinating not for its scale, but for comfort. The arena is called a “city in the city” and it is symbolic, because inside the stadium is its own life, its metropolis. A huge number of podtribunnyh rooms, cafes and much more. But for the time of the World Cup all these institutions will be temporarily closed.

The stadium was built around the clock in three shifts. Therefore, the construction of this arena is considered one of the fastest. Without a doubt, to every fan of football and just a tourist, it will be fascinating and interesting to get acquainted with such a beautiful building closer. None of the tourists left the city without taking pictures with such a stunning landmark and pride of the city as the “Kazan Arena”.

In 2010, the Russian President implemented the first stone laying in the foundation of the arena. In 2013, the famous Universiade was already held here. The opening of this event was attended by more than 45,000. The stadium was completely filled. This was exactly the first check of the structure for strength and quality. That is why, “Kazan Arena” is able to carry out large-scale events at a high level. In addition, never occurred in the history of the stadium problems with the delivery of fans from the stadiums at the destination. Always coherently organized bus routes specifically for people.
The year of 2015 was marked by the fact that the football field was removed from the stadium and pools were installed. There was a World Cup in water sports. At the end of 2017 a natural lawn was taken off the field. Left only artificial. Landed a new live lawn, which meets the requirements of FIFA for the World Cup in football.
Initially, in the structure of Kazan Arena, emphasis was placed on holding international tournaments. But, FIFA still found an excuse to make remarks though insignificant. When FIFA representatives visited the stadium, the first thing they noticed was the grid in front of the audience. This was a requirement of the Ministry of Internal Affairs to ensuresecurity during matches. However, during the World Cup these nets will not be.

The first football match of the national championship at the stadium “Kazan Rubin” was held in 2013 between “Ruby” and “Locomotive”. The game ended in a draw 1: 1.

The stadium in Kazan is a multifunctional platform. More than 100 different events are held here every year. Visiting of spectators in a year reaches a mark of 1 million. In the arena there are concerts, theater performances, fairs, festivals, holidays. I like very much the children’s events at the stadium. 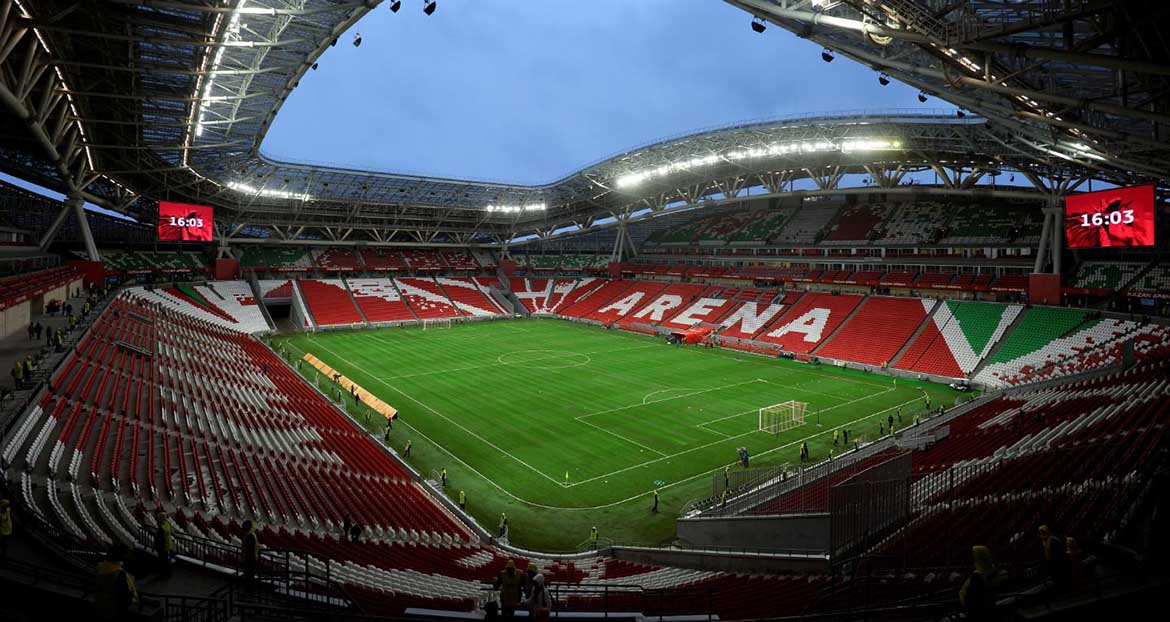 All that is necessary for visiting the stadium is the purchase of a ticket for a certain match.

If the fans want to pay at the stadium, then you need to have bank cards with you. A prepaid card is a subscription to the football games of national teams. It also serves as a pass to the stands. At the stadium there are special machines, in which you can also buy such cards, which is very convenient for fans. 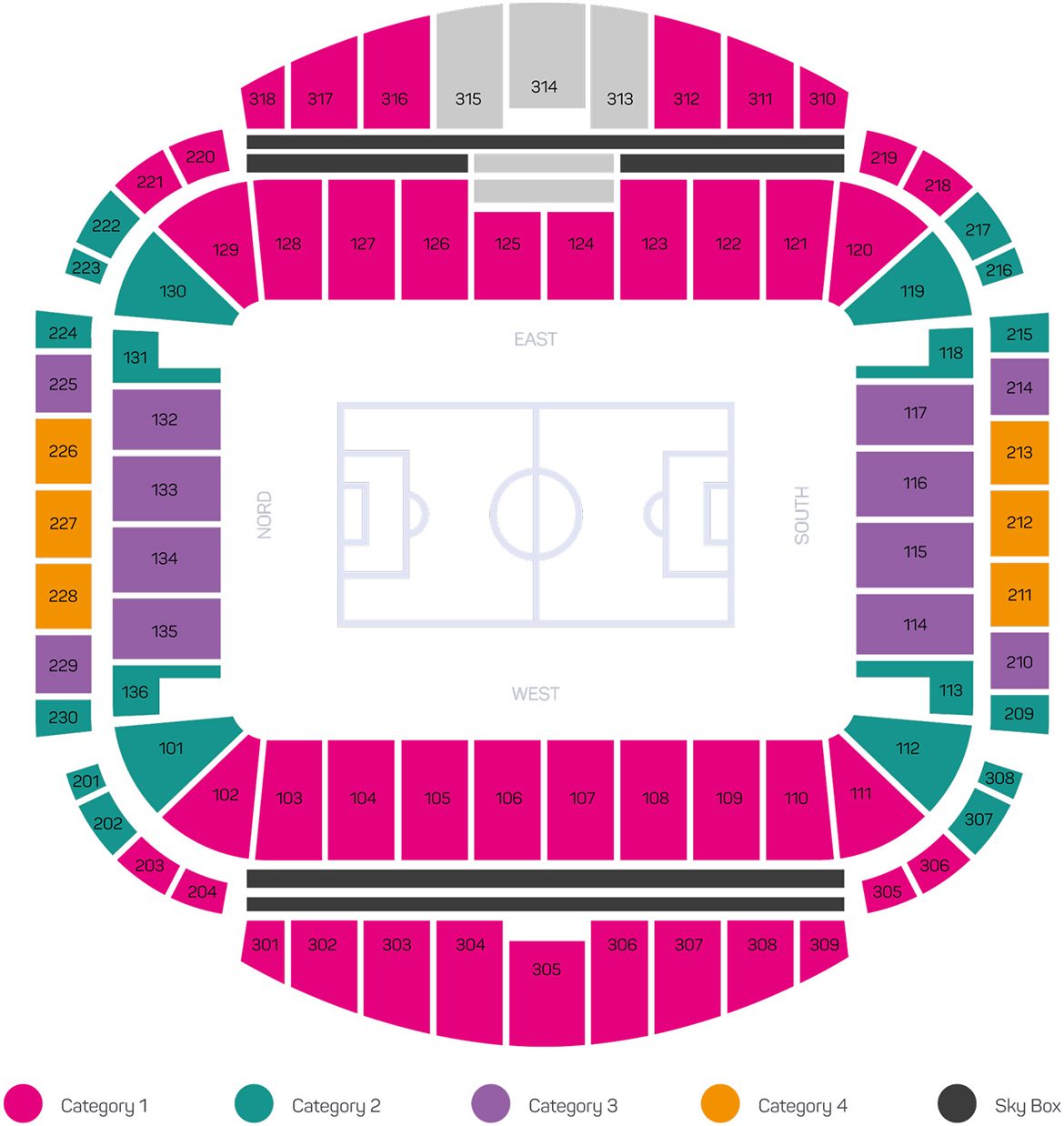 To carry with you the following items to the stadium “Kazan Arena” is strictly prohibited:

It is not allowed to:

It should be emphasized that even if the fan does not know each point of these prohibitions, but carried to the stadium any of these objects (substances) or even similar items, he will not be admitted to the arena.

The stadium can be reached by the following ways: 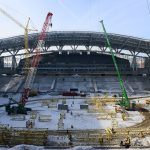 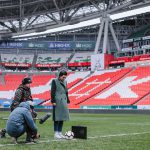 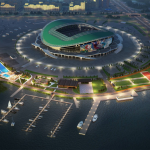 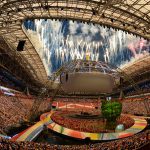 Grand Opening of the Arena 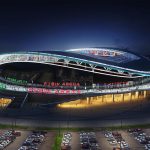 Nigh View of Kazan Arena 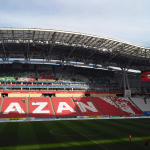 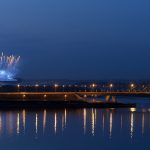 Fireworks Over the Arena 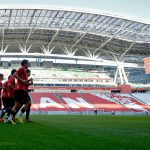 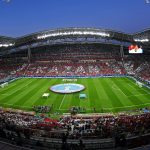 Training Match in the Arena 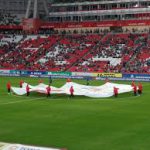 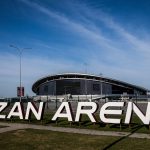 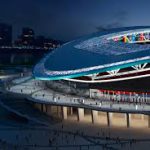 3D Model of the Arena 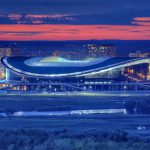 Arena Against the Background of Kazan at the Night 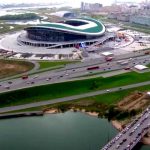 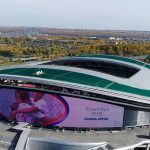 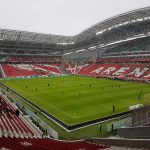 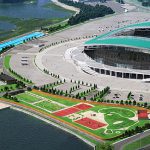 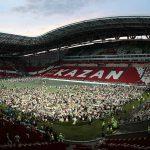 After the First Match