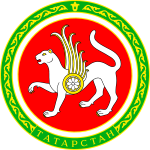 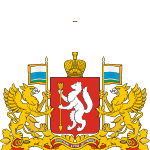 Cost – According to recent news, Russian authorities say the World Cup 2018 will cost about $600 million more than previously planned. It turned out information was published in a government decree and signed by Prime Minister Dmitry Medvedev. The decree claims that entire costs have risen up to 678 billion rubles (nearly $10.7 billion). Furthermore, 60 percent (nearly $$7 billion) of it comes from the federal budget. The other 40 percent (nearly $3.5) are from ‘legal entities’ (private or state-run companies). Nevertheless, the decree mentioned above did not state the reason for the latest cost increase. What is more, in May costs for hosting the World Cup 2018 went up by 5 billion rubles (about $79.5 billion).

Prizes – In 2017 November FIFA announced 2018 FIFA World Cup prize money pool where they have allocated record $791 million for prize money, payments to clubs and player insurance fee. More than $400 million will be awarded to 32 national federations depending on with what result they finish in the tournament where later FIFA World Cup 2018 winners will pocket $38 million. It is now officially confirmed.