It is the most interesting and unsurpassed stadium, which belongs to the category of long-term construction – is “St. Petersburg”. This building will be one of the main football grounds for football matches World Cup 2018. This building is the most expensive regarding construction issues. At the same time, it is distinguished for its innovation and modernity.

The unique solution about the roof allows you to conduct various tournaments in any weather. Consequently, weather conditions do not contribute to the growth of grass. It will also be possible to hold various events without worrying that the field will be damaged. The arena looks like a ship in its appearance. The highlight is attached to the masts, which harmoniously rise above the roof. 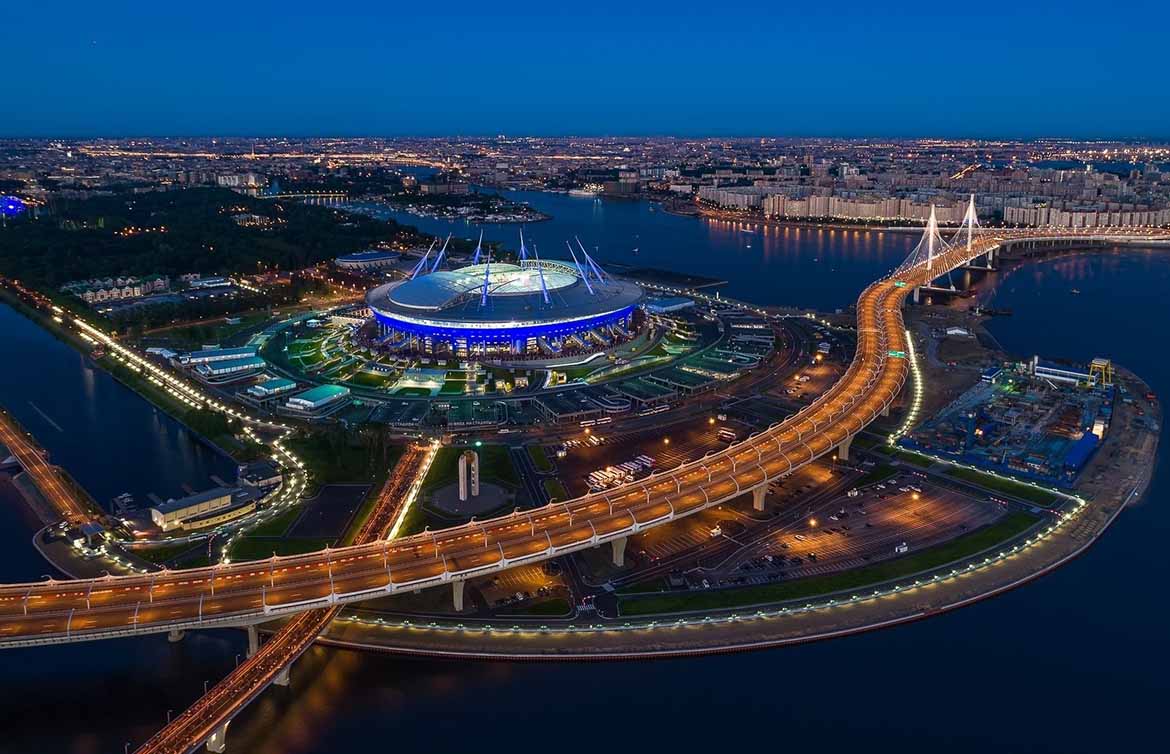 To the long-awaited matches of the upcoming championship “St. Petersburg” is ready completely. It meets all international requirements regarding capacity and safety. It is equipped with a modern video surveillance system, which allows you to track the passage to the stadium of fans and the availability of their possible prohibited items. In addition, the arena has the most up-to-date fire-fighting system, which is automatic and alarm. For people who have limited opportunities, 560 seats are equipped. There are also ramps, vestibules, storage rooms.

In 2010, it was decided that the name of the arena will be received after it is put into operation. In the same year, the construction was redeveloped and the number of seats in the stands increased. In 2014, local authorities rejected the proposal for the name of the stadium. Kirov.

In 2016, it was decided to name the stadium “Krestovsky” in view of its location. After that, a poll of residents was held, which voted “for” such a decision – 30.3%. In 2017, the stadium became known as the “St. Petersburg Arena”. This name will be preserved at the 2018 World Cup.

The first match at the stadium was held in autumn 2016 between the teams of city builders and Metrostroi. In the same year, the FIFA commission decided that the retractable field does not correspond to the vibration indices and exceeds them sevenfold. The first official football match took place in April 2017 between Zenit and Ural. The game ended 2: 0 in favor of the owner. After that, the soccer lawn was re-laid, which completely corresponded to the norms.

In the summer of 2017, when the Confederations Cup was held, there were problems with the elevator and the roof of the stadium. However, these problems were quickly eliminated.

“St. Petersburg” is one of the most expensive stadiums. It was planned to spend 6.7 billion rubles on its construction. But in fact this amount was 48 billion. Very often the date of putting the stadium into operation was postponed, that’s why the amount for construction was increased. With this, many interesting facts are connected with the new stadium. So, consider them in more detail. 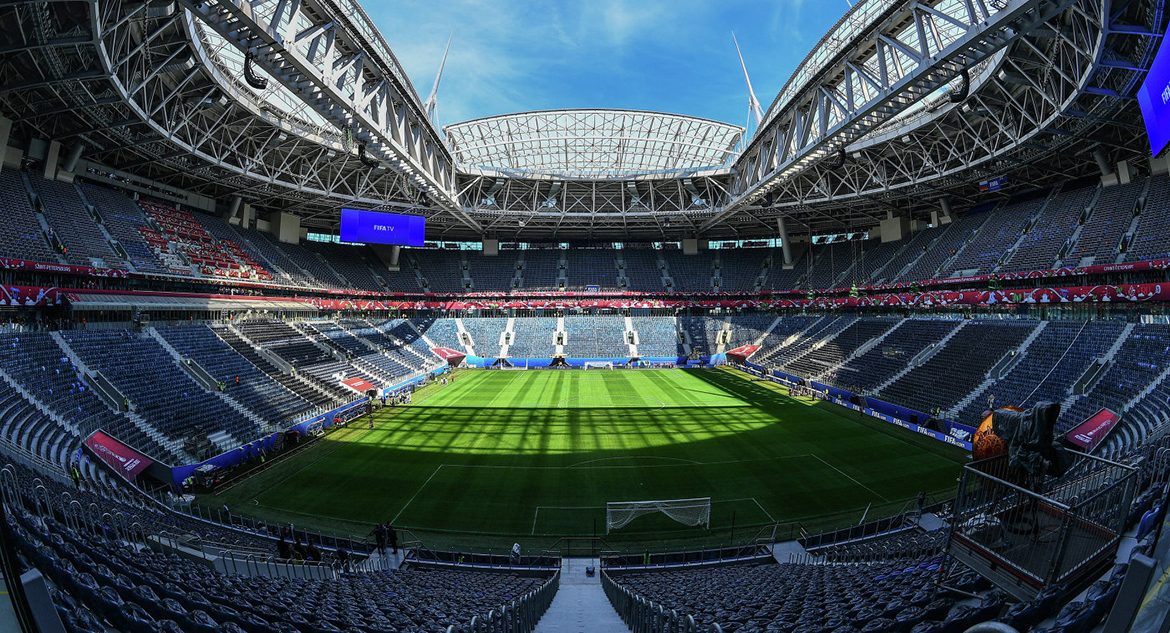 At the stadium of “St. Petersburg” it is forbidden to:

In order to not miss the upcoming match, it is recommended to come to the stadium in advance. It is necessary to have a ticket and a document that proves the identity (presented on demand). Are taking places, according to the tickets purchased. With you you can bring personal things and items to support your favorite team. For dimensional items there are special storage rooms. If the rules of staying at the stadium are not respected, the visitor may be expelled from the stadium or, worse, held accountable under the current legislation. 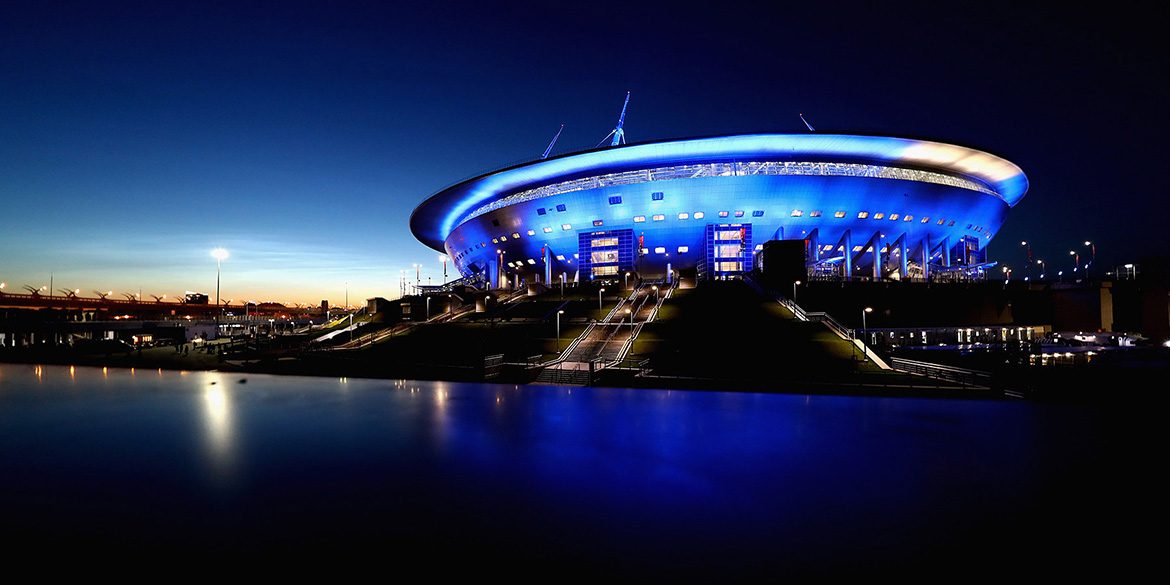 View of the Stadium from the Neva

Location of the stadium “St. Petersburg” is quite convenient. It can be reached by various means of transport. This is due to the fact that the new stadium is located in the old place of the old structure. The place has been chosen more than successfully, here the infrastructure is sufficiently developed and it is possible to get to the object from all corners of not only the city, but also the country as a whole.

People, who visited the stadium after its opening, positively respond to the new arena. In addition to the sports complex, this is a unique structure, which, at first glance, has nothing special. However, gives the stadium an originality form in the form of a spaceship. It looks especially beautiful in the evening. Before the championship itself, the stadium holds excursions for tourists who can feel the chic atmosphere of the new arena. 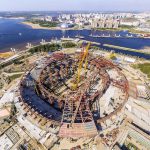 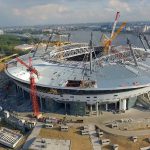 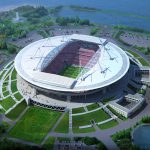 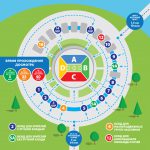 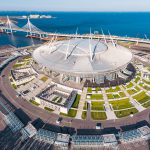 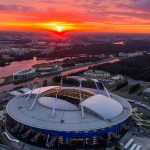 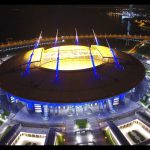 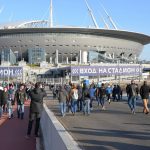 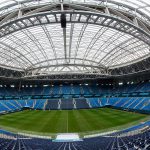 The First Photos of Stadium 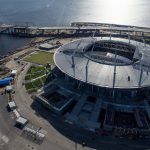 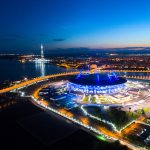 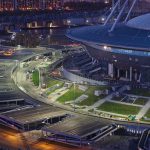