The FISHT STADIUM (SOCHI) is a stunning stadium called “Fisht” & is located in the famous resort city of Russia, Sochi. This arena was erected in 2013. The area for the construction of “Fishta” is quite problematic – the mountains and the sea. The architects planned to build the structure in such a way that it was possible to carry out various kinds of sports events in full. We can say with certainty that it happened. By the opening of the opening capacity of the arena was 40 000 spectators, whether it was expanded to 47 000. First, a project was created, according to which, the arena was to change the configuration. It depended on what kind of event it was supposed to take. 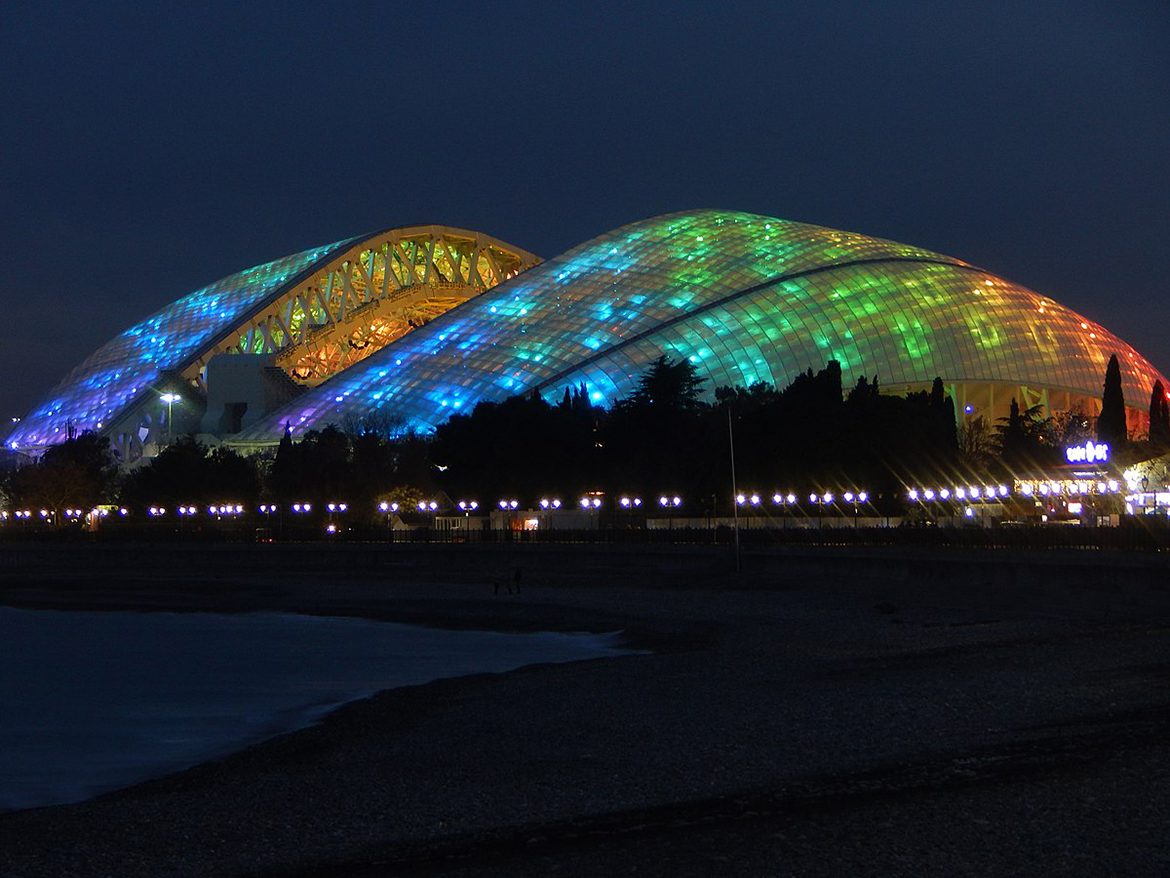 The construction of the stadium “Fisht” was carried out by an architect from Australia, Damon Levele. He also designed the main arena for the 2010 World Cup. He is developing a draft of the Sochi stadium, the architect wanted the building to look like an egg of Faberge.

As already mentioned above, in February 2014 the opening and closing of the Winter Olympic Games was held here. And in March – the Paralympic Games. After the end of all these sports events, the arena was closed for reconstruction. At first it was planned to expand the number of seats for fans to 45,000, but this decision was later canceled. In 2017, after the reconstruction was completed, the first match of the Russian national team with the Belgian national team was held at Fisht. This match ended in a draw. In May of the same year, the first football match was held – the Russian Cup final. Lokomotiv and Ural met. In this match, the victory was won by the team from the capital with a score of 2: 0. After this game, visitors left only positive reviews about the stadium.

Interesting facts about the stadium “Fisht”

The stadium, located in Sochi, fully complies with all established norms for holding such a world event as the 2018 World Cup. This arena combines everything – convenience, nature, chic look. Like any stadium, Fisht has interesting unique facts about itself.

The spectators who managed to visit the stadium in Sochi, only on the positive side respond to this construction. The entrance to the stands is very well thought out, there is an organized system of skipping fans. When visiting the stadium do not worry about that you can be late for the match. There are many entrances here. The ticket will indicate not only the information with the date of the match and the teams, as well as the number of the entrance. There are signs all over the arena. Even when visiting the stadium for the first time, it will be difficult to get lost on it. Since the stadium “Fisht” is very high, only the general picture will be visible from the upper stands, and below you can see all the details of interest.

There are special rules that prohibit certain categories of objects and substances to the stadium. These include:

You can get to Fisht by such types of transport:

For city guests it is recommended to choose a place of residence closer to the stadium, using hotels and hotels of any kind. 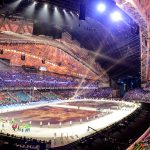 Grand Opening of the Stadium 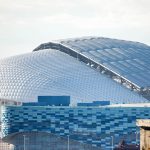 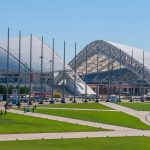 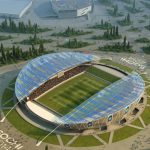 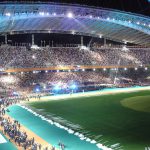 Training Match in the Stadium 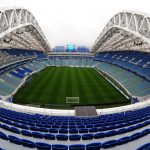 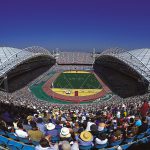 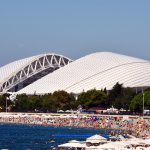 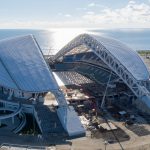 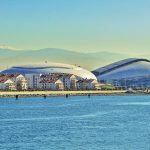 Stadium View from the Sea 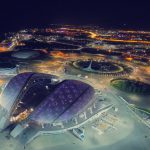 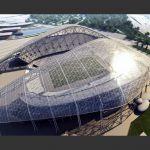 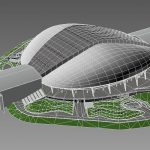 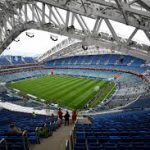 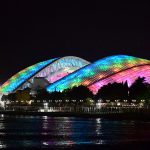 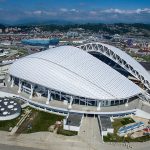 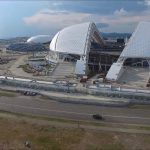 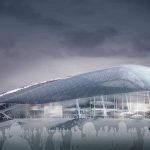