The YEKATERINBURG ARENA STADIUM (Central) — the whole country is in anticipation of a grand event – the World Cup on football. Among the cities that will host the matches of this tournament, is Ekaterinburg. In this city there is a stunning stadium called “Ekaterinburg Arena”. Now it has become a football stadium. In order for the arena to meet the requirements of FIFA, in 2017, the stadium was reconstructed. This building is included in the list of cultural values ​​of the whole region.

In 2015-2017, within the framework of the stadium reconstruction, a new volume was built in its walls. The canopy covers all spectators. An exception is the place of temporary construction. It is interesting that in the “Yekaterinburg Arena” invented to hold the World Cup so-called temporary seats (retractable). Not a single one of our fans saw such enterprise and ingenuity. Canopy is a lightweight and not high construction, which is made of metal. In the arena that is an open part for games. In the evening, the arena shines beautifully, emphasizing the uniqueness of the appearance of the structure. 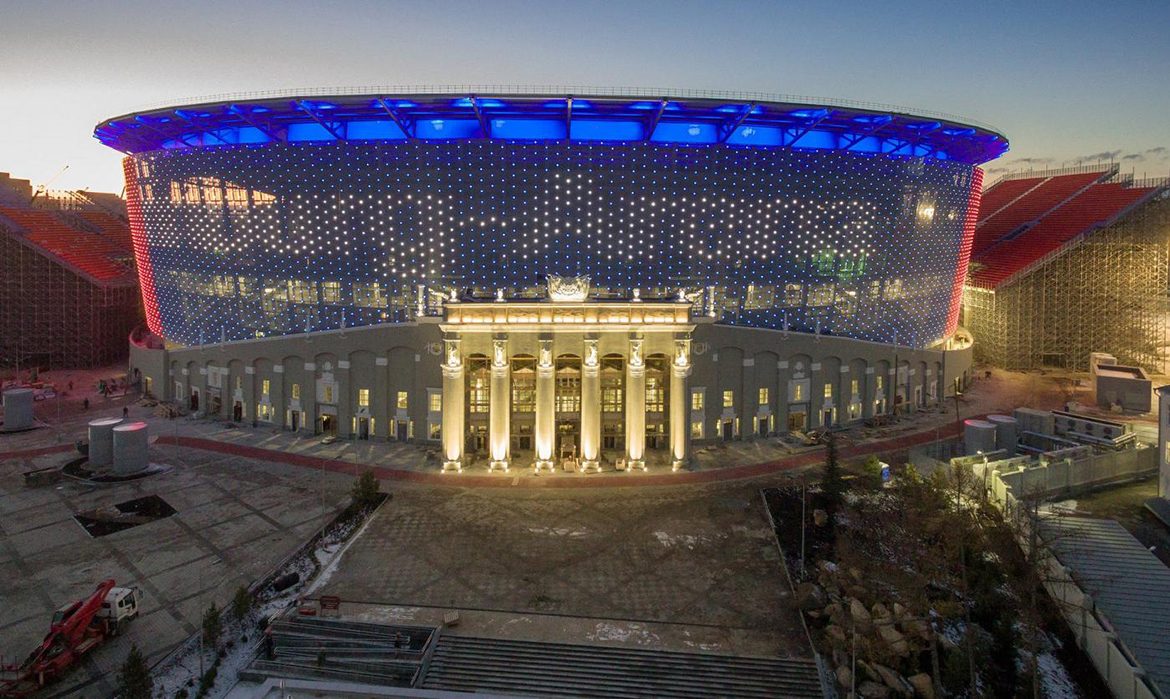 The stadium is an architectural monument of Stalinist neoclassicism. The structure has an incredibly large sports section, which was formed with the help of the stands. The arena has asymmetric walls. During the construction of this structure, decorative Helen was painted on the walls, which were inherent in that period. Luxurious columns give the stadium wealth and charm. From the facade of the arena there are sculptures. In 2011, the stadium lighting was reconstructed. During the reconstruction of the arena, many forms of architecture were lost. Vases and a small playground were removed. In its place now is parking.

“Ekaterinburg Arena” is a cult place. This is not just an architectural structure, it is the history of the whole city, the value of the entire country. It was not only a venue for various competitions, but also was a recreational, entertainment, cultural center. This is one of those few stadiums that have been reconstructed, and not built a new one.

In 2014, the authorities estimated the cost of increasing the number of seats in the stands to 35,000 in the amount of 6 billion dollars. In 2015, 12.7 billion rubles were allocated for the reconstruction of the old structure.

After the end of the 2018 World Cup, Ekaterinburg Arena will be used as a sports and entertainment complex. At the moment the stadium is completely ready for the matches. The area around the arena is refined.

Stadium “Ekaterinburg Arena” has a great history, so it is interesting in itself. This is one of the few stadiums in the world where the latest technologies were used in the reconstruction. So, let us consider the most interesting moments connected with the modern stadium.

During the visit to the stadium, it is necessary to observe the established requirements regarding the prohibition to carry a certain category of objects, as well as the rules of conduct in the stands. 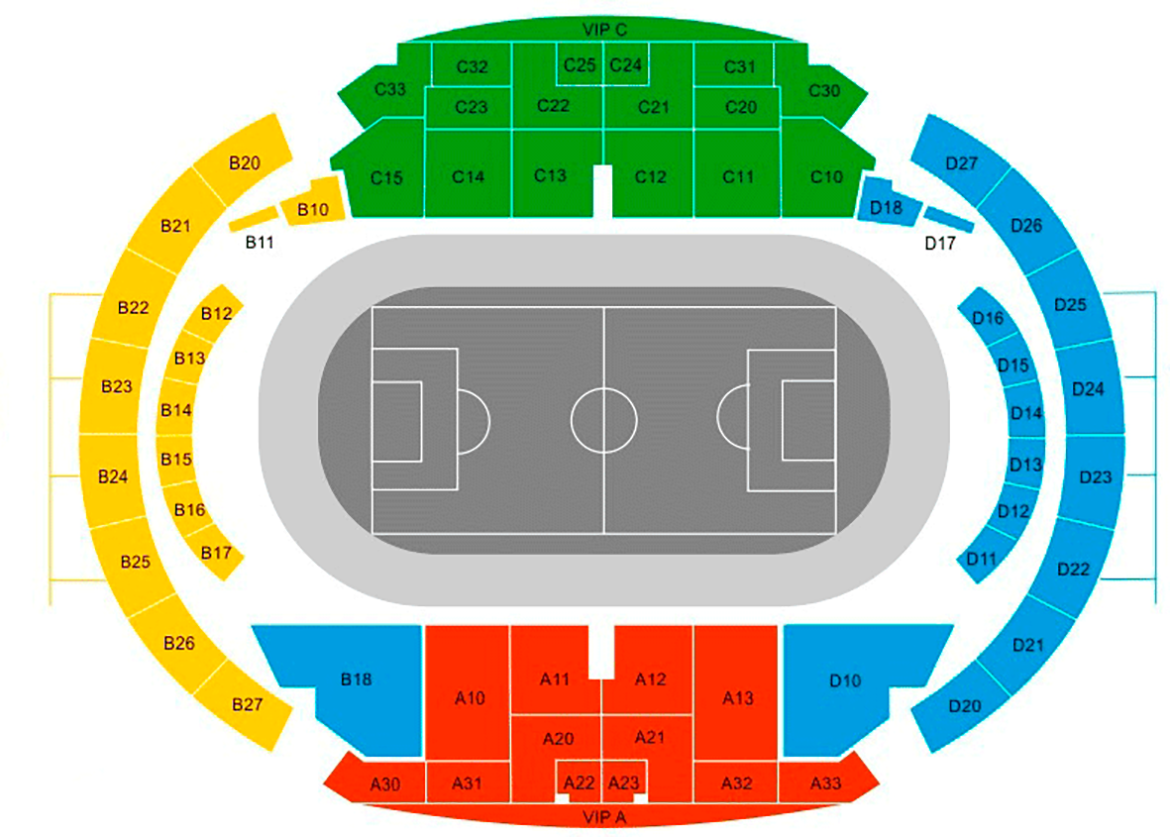 At the stadium “Ekaterinburg Arena” it is forbidden to:

It is best to come to the stadium early. It is necessary to have a ticket and a document that proves the identity (presented on demand). Are taking places, according to the tickets purchased. With you, you can bring personal things and items to support your team. 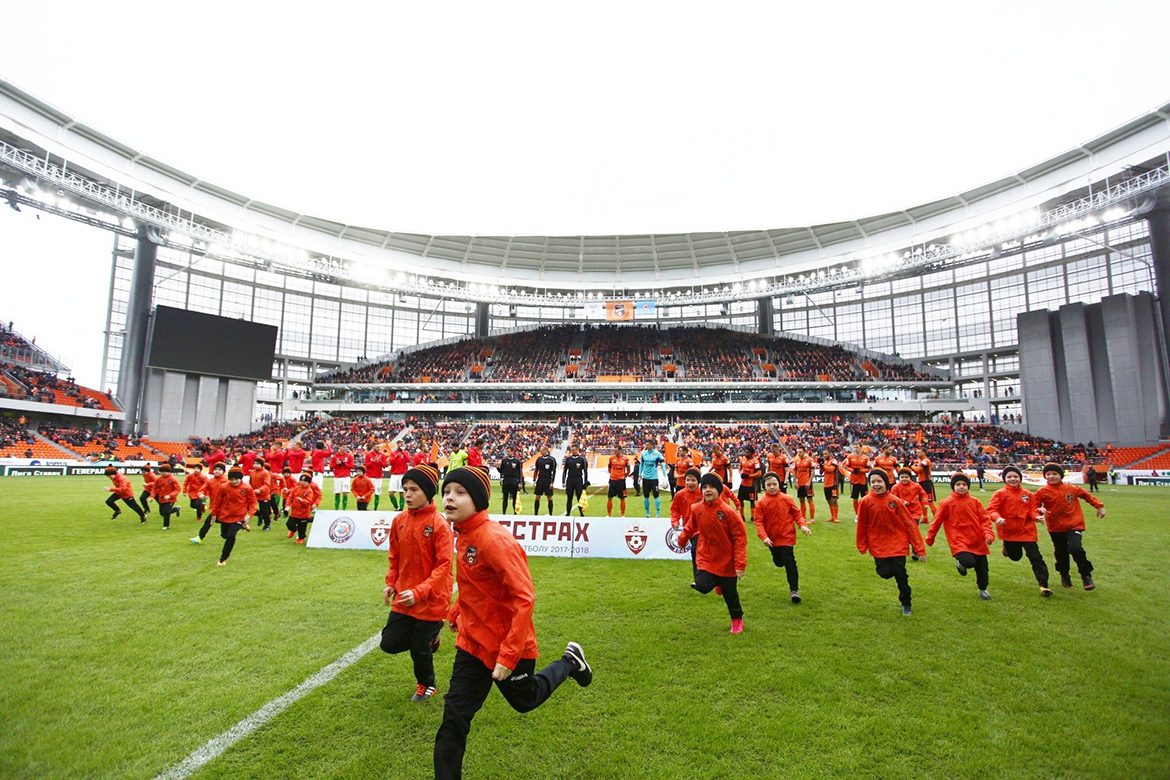 During the World Cup, the timetable for public transport will change significantly. At the end of 2017 a new line of trams was launched, which is close enough to the stadium.

The car. It is not recommended to get to the stadium and personal transport. Movement before the matches will be limited. Visitors of matches have the opportunity to purchase season tickets for car parking in the stadium itself.
The safety of fans in the stadium is at the highest level. The arena is protected by a throughput system. A lot of measures have been adopted, which do not allow emergence of emergencies, as well as terrorist acts. Installed systems very quickly transmit a signal about what is happening in the arena of the dispatching service. Therefore, viewers can feel themselves calmly.

Every fan should visit the stadium “Yekaterinburg Arena” and feel the atmosphere of not only wonderful matches, but also see the beautiful appearance of the stadium, which stores the history of the city. 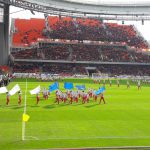 Ekaterinburg Arena is Ready for WC 2018 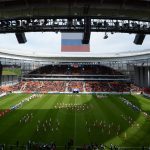 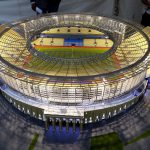 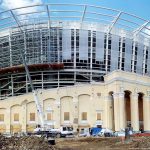 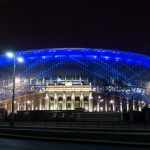 Design of Ekaterinburg Arena is Amazing 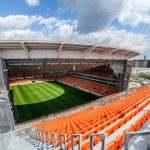 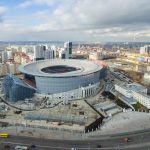 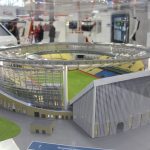 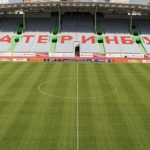 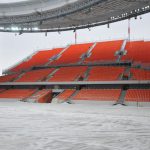 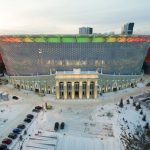